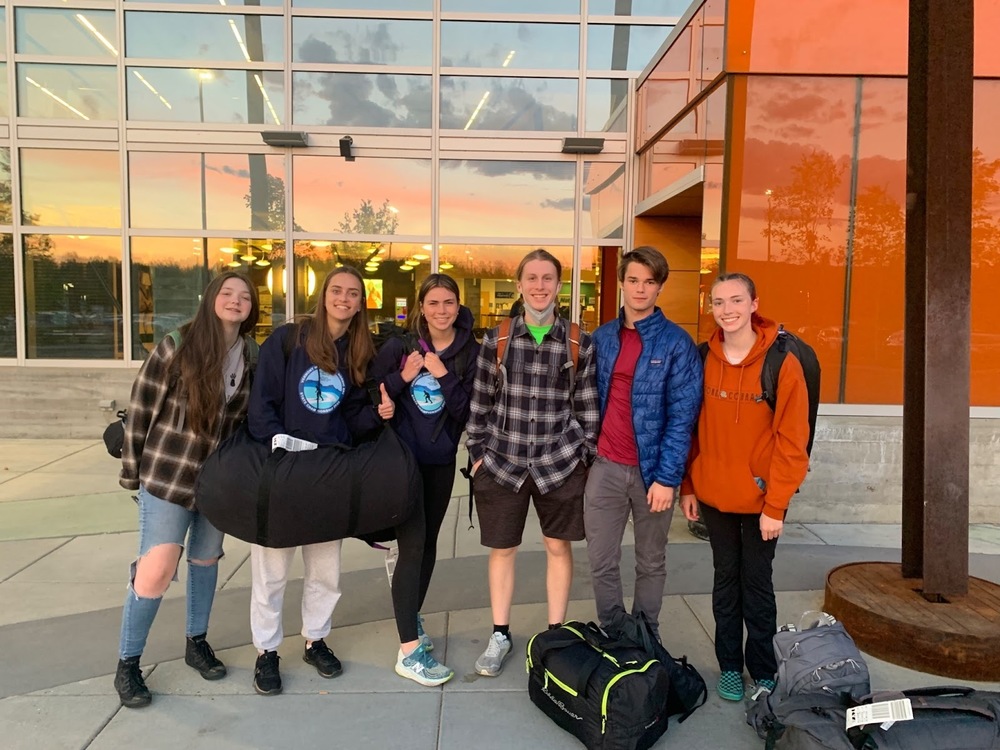 After a 3 year Hiatus BFA HS Students Return to Alaska

3 years ago six students and Mr. Lane had traveled to Alaska to complete the same study of tundra vegetation.  That trip was so successful a repeat of the field study with different students was planned for the following year. However, it was canceled due to Covid. It wasn’t till this spring that with vaccinations and boosters available and CDC guidelines relaxing masking mandates it was deemed safe to go.

The fieldwork team left on May 30th for Fairbanks, Alaska.  There they traveled to the Northern Arizona University (NAU) field site at 8-mile Lake near Healy, Alaska.

They spent 5 days at the field site living in tents and completing a survey of vegetation in the footprint of the Eddy Tower there.  The survey involved finding 16 transects in an area of the field site known as the gradient (has minimal, moderate and extensive permafrost thaw) then identifying the tundra vegetation in 4, 1 meter plots on each end of the transects (a total of 128 sample plots).  This information is integral in establishing a baseline for carbon flux measurements made by the Eddy Tower.

In addition to the fieldwork, they also had the opportunity to visit the world-renown Permafrost Tunnel.  They also met researchers at the University of Alaska-Fairbanks Geophysical Institute Permafrost Lab.

There they were treated to an overview of various experiments and techniques associated with Permafrost research such as shallow borehole drilling and thermistor sensor placement, electrical tomography for underground imaging, deep borehole measurements and drone usage for vegetation analysis.

Aside from the deep dive into climate change permafrost research.  The Field Team spent a day in Denali National Park viewing wildlife and hiking,

visited the Museum of the North on UAF campus and spent a relaxing night camping at Chena Hot Springs north of Fairbanks.

After a busy fun filled trip the BFA Field Team was happy to return to Fairfax on the afternoon of June 7th.